While I plan to start each of the articles in this series with a definition that specifies the particular meaning I am hanging my philosophical hat on, it almost seems pointless in the case of Simplicity and Complexity. I mean, doesn’t anyone with even a smattering of English know what these two words mean?

In the case of games, I’d be inclined to answer that with a question: Is Chess simple?

Now, anyone who plays the game, and has spent years studying openings, endgames and everything in between, would likely answer with a resounding “Heck, no!” “Chess,” they would say “is a game so deep, and with so many possible permutations, that it can take a lifetime to master. It is incredibly complex!”

To this person I would say, “you are confusing Complexity with Depth.” Chess, in itself, is a relatively simple game, by the specific definition given above. It is relatively free from complexity, and its division of parts, mechanically and physically, is relatively small. To learn how to play Chess (not consistently win, just begin playing), you need to learn the movement and attack characteristics of just 6 pieces: King, Queen, Bishop, Knight, Rook, and Pawn.

Yes there are 32 pieces on the board, and 64 squares, and 10120 possible game states, but the actual game mechanics are dead simple. Go is even more simple (and has an even higher number of game states: 10761 according to some calculations, due to the higher number of individual pieces and larger board).

And that is what we are talking about here. How simple or complex are the mechanical systems by which we play the game. When it comes to game mechanics, simplicity is no guarantee of puerility, anymore than complexity is a sign of depth, as Go and The Campaign for North Africa (with its infamous Pasta Points) clearly demonstrate. 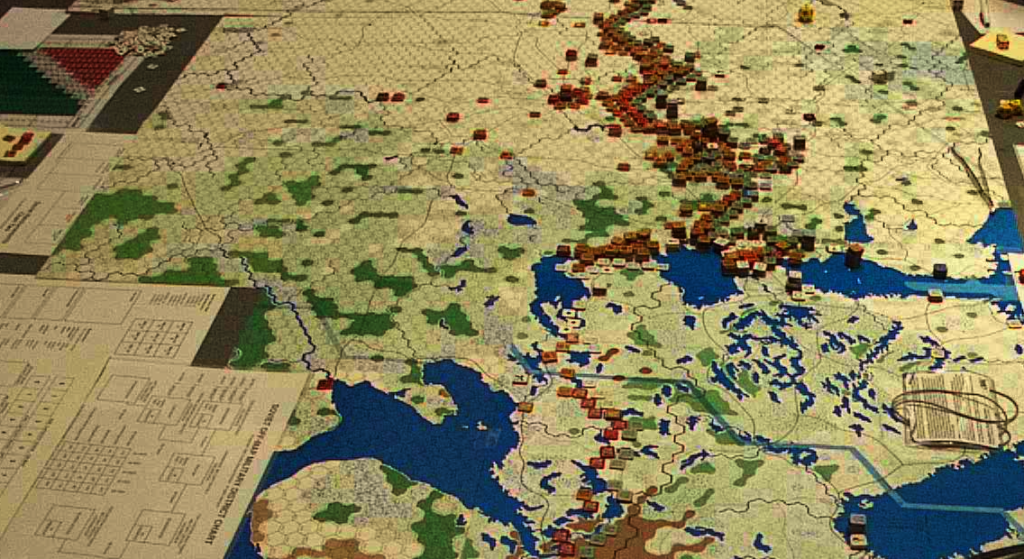 Additionally, simplicity and complexity do not carry any inherent ‘good’ or ‘bad’ connotations, from a purely aesthetic perspective. Some people enjoy a quick, fun game of Phase 10, or the chaotic simplicity of a game like Fluxx, while others really dig the fiddly mechanics found in Twilight Imperium or Star Fleet Battles. It’s all subjective, but a subjectivity we can measure. 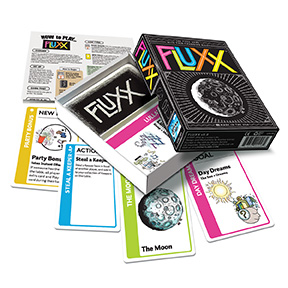 Fluxx is a card game that starts with a simple premise: Draw 1, Play 1. It has a few simple card types: New Rules, Actions, Goals, and Keepers. New rules can change the way the game plays, replacing Draw 1 with Draw 5, for example, but all you need to know to play can be found on a single, small piece of paper.

Specialty versions of Fluxx, like Pirate or Doctor Who, add a few additional card types or rules, but the difficulty of the series mostly remains firmly in the realm of Simplicity 3. While it has fewer distinct mechanical divisions than Chess, the occasional text/rule conflict (a somewhat common issue in exception based games with some degree of randomness) does mean that it might take a few plays to work out rules based misunderstandings. 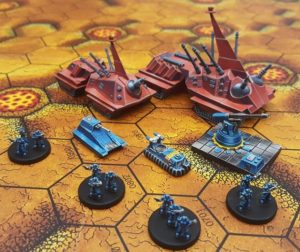 Ever since Christopher Weichkmann decided to give Chess a major upgrade in 1640 (to make it more ‘realistic’), wargames have tended to lean towards the Complexity side of rules design. There are exceptions (see One Page Bulge), but most of them favor simulation over simplicity.

OGRE, a game about sentient, cybernetic super-tanks fighting entire armor battalions in a post-apocalyptic future, however, manages to find itself somewhere in the center. The basic rules for the game are relatively simple, with a core move-attack-result sequence that works with the three basic unit characteristics to provide a light wargaming experience.

Like Chess, added complexity comes from exception based rules for specific units. GEVs, for example, can move twice, while infantry are reduced in steps, rather than disabled, and the OGRE,  a giant AI tank, has to be whittled away gun by gun, track by track, until it is unable to complete its mission.

The variety of units and special rules grows considerably past the base game, introducing air units, laser towers, specialised infantry, etc., and absorbing these extra mechanical nuances is where the majority of the complexity comes from. A new player would be have a difficult time learning all the rules at once (and the basic scenarios seek to help them absorb a little at a time), but after they get a half dozen games or so under their belt, they could be completely up to speed on even oddball mechanical exceptions. 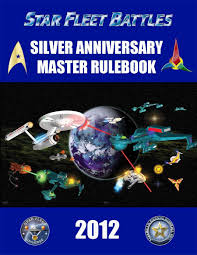 There have been many jokes about the complexity of Star Fleet Battles over the last 40 years, especially in its current 400 page rulebook version.

“It’s like an engineer and a lawyer got together to design a game.”

“If I wanted to spend my entire weekend playing out a battle between two ships, I’d join the Naval Reserve.”

Etc. Etc. Ad Nauseum. And, then of course there are the jokes about the players, the grognards who obsess over rules minutia, looking to find some advantage against their opponents in the next game. As a player of both SFB and it’s little brother, Federation Commander, I’ve heard them all. However, there is a great deal of truth behind the jests. The players are even proud of how much time, knowledge and effort it takes to master the game. “It’s the closest you’ll get to actually being a starship captain!” they exclaim as they break out of their Sabre Dance to set themselves up for a Mizia (a small example of the specialist jargon to that goes along with specific rules concepts).

The Complexity rating of 3 comes from a variety of things. Each individual starship is incredibly detailed, with numerous rules sub-systems to handle everything from movement, weapons and shields, down to life support maintenance, and rigging shuttles for a wide variety of tactical uses. Add to that, the fact that each race has a plethora of special systems and rules just for their individual ships, and several dozen ship types, and you can see why this game pushes the limits of complexity.

Even the basic duel scenario, designed to teach beginners with two simple ships and the most basic concepts, requires that the players learn mechanics enough to actually play other games in their entirety.

This is the ‘Cadet’ ship. For beginners…

There’s a reason they call SFB a ‘Lifestyle Game.’ You don’t just play pick-up games. You study the rulebook between games, and set aside whole days for playing it, or entire weekends where tournaments are concerned. And you don’t win tournaments if you don’t know the rules, all 400 pages of them, intimately.

How much of a factor does skill play in a game? Or luck? Will explore that next, as we talk about Determinacy vs. Indeterminacy…

One thought on “GAME AESTHETICS: SIMPLICITY VS. COMPLEXITY”