1. the ability, coming from one’s knowledge, practice, aptitude, etc., to do something well.

3. craft, trade, or job requiring manual dexterity or special training in which a person has competence and experience.

In the case of Player Skill vs. Mechanical Skill, we have the same word, skill, but (as is common

When speaking of Player Skill, we hew to the first definition, to reflect the personal cognitive or physical capabilities, skills and talents they bring to the game. Ex. A talent for predicting other player’s moves; intuit the value of certain moves; fast reactions, aka Twitch skills, etc.

A game that focuses on Player Skill usually gives more weight to the decisions made during gameplay than the individual strengths and weaknesses of the pieces being used. A good example is Chess. The queen is, nominally, the most powerful piece on the board, but a veteran player could easily defeat a new player every time, even if you took that piece from them. Games like Go and Diplomacy are even more clearly based on Player Skill, as the game pieces all have the same strength and abilities.

First person shooters would be another example, as it is the twitch skills of the individual player that largely determine their overall effectiveness, in-game, regardless of the weapons they carry or the special abilities of their in-game avatar. The reliance on athletic skills in most sports, ESports included, makes them inherently Player Skill oriented.

Player Skill is also evident in games where the pieces have varying mechanical strengths and weaknesses, but the player must earn those pieces through sound strategic, economic and/or diplomatic means. The computer game, Civilization is a perfect example: the difference between a Warrior and a Cavalry unit in Strength and movement capability is significant, but you can’t acquire the latter until you’ve researched Animal Husbandry, found a source of horses, taken the territory, farmed it, and then spent the gold; all player faced decisions.

Mechanical Skill refers to the specific function (definition 3: craft, trade, or specific job) of the playing pieces in the game. In other words, what they do, consistently, for the player. Any player. Regardless of the player’s personal skill. Ex. A King outranks a Queen in Poker; Cavalry trumps Archers in Civilization; Cannons can bombard from adjacent territories in Viktory II; etc. 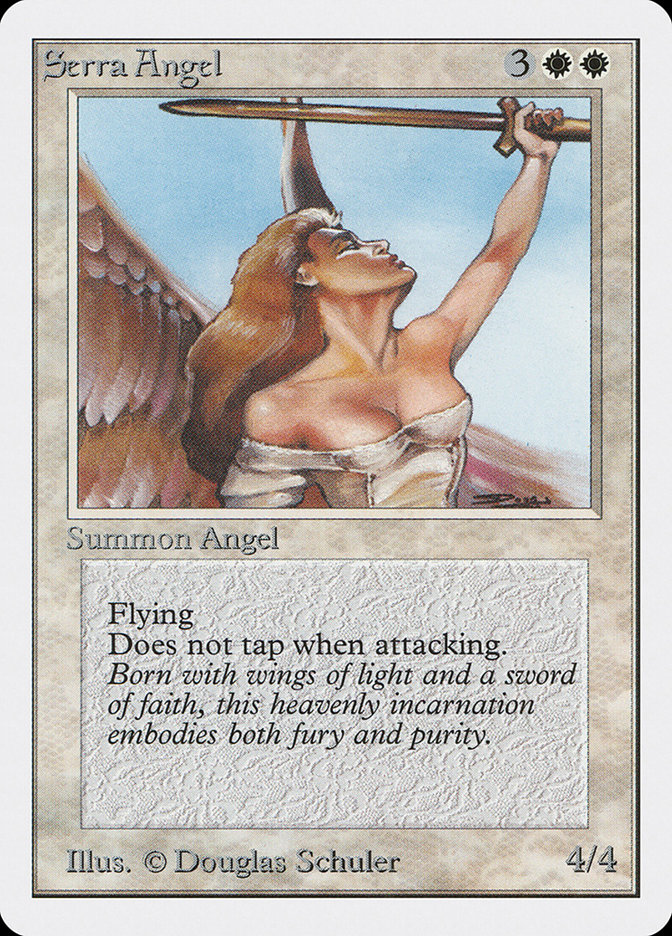 Games like Magic: the Gathering, are more focused on Mechanical Skill. While the player does use some skill in choosing the right cards to go in their deck, any success after that depends on the cards themselves, and how their specific abilities help the owner and hurt the opponent. Once the deck is in play, the owner is actually limited, by hand size and random card draw (although these can be modified by other card abilities), to a few clear cut choices each turn. A player who can afford a large number of cards, including rarer, more expensive ones, can often dominate opponents with the unique abilities found on those cards, which is why tournaments often ban certain cards or decks, or require the players to create new decks by purchasing starter boxes and booster packs at the event.

But a game need not be that highly complex or variable to be considered a game of Mechanical Skill. Consider the traditional card game: War. The players make no decisions during the game. All they do is flip the top card of their respective decks, and the number on the card, its Mechanical Skill, determines whether it wins or loses. 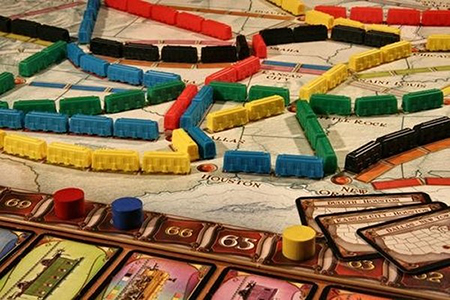 In TtR, players attempt to connect rail lines between two specific cities, listed on their tickets, using small plastic trains and colored line cards. The trains, themselves have no special abilities, you simply play them on the board when connecting to stops. The line cards tell you what color of line you can place the trains on. You need color cards equal to the number of train spaces, and matching the color of that particular line to claim it.

The majority of the skill in the game is player faced, as one must decide whether to draw more line cards (and which ones to draw), whether to draw a new ticket, or place trains. They must also try to figure out what lines the other players are trying to complete, and determine the best way to block them, while avoiding having your own line blocked. The line cards act as a randomizer, but as everyone has access to the same pile of cards, and they are all pretty much equal in strength (except for the occasional wild card), Mechanical Skill has very little say in the outcome of the game. 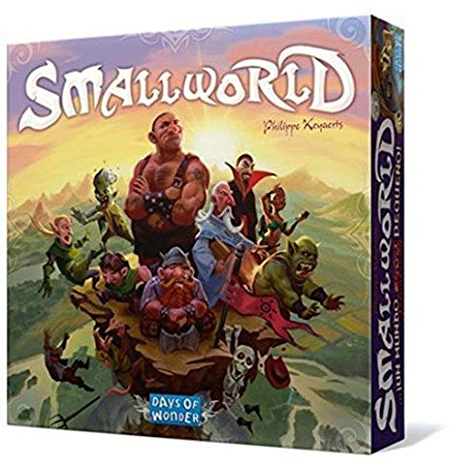 Smallworld walks the line between Player and Mechanical Skill. The game revolves around a number of fantasy races that combine with a random power to determine their specific abilities and the number of race counters they possess. While there are some clear mechanical advantages to certain race/power combinations, they are completely random, often set you back victory points to acquire, and most importantly, they are temporary.

After a player chooses a race, they seek to conquer the Smallworld in question. Their reach, however, is limited by the number of counters they have, and eventually, their race will go into decline, losing any special powers, and forcing their owner to find a new race to take their place. A player might start with a particularly powerful combination that is nigh unstoppable, but find the limited counter count forces them to go into decline early, whereas a weaker race might have less punch, but cover a wider territory before leaving the board. 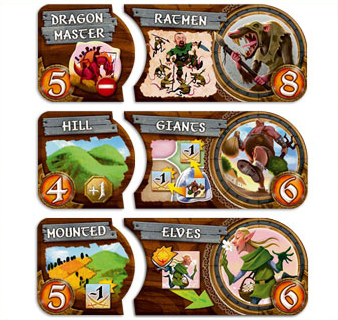 In all these cases, player skill is required to make the most advantage of whatever race/power combo is selected, and tough decisions about whether to attack occupied territories (which requires more counters), when to go into decline, and how much to spend on a useful, but not as readily available race, means that even with a mechanical disadvantage, the experienced player will likely prevail in most games.

Such is the case with the player character avatars in World of Warcraft. A level 20 character so outclasses a level 1, that no amount of player skill is likely to affect the outcome of a conflict between them. And character levels are earned by a slow process of quest grinding and carefully picking raids and instances that are appropriate to the level and abilities of your character. 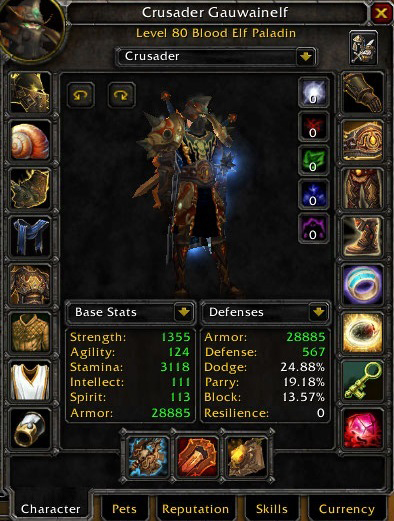 One need only look at the character screen to see just how important mechanical skill is to the player in WoW. And using those mechanical abilities requires a simple click on the icon, and then on the target, no twitch skills necessary, so that even the most unathletic gamer can compete with a dedicated ESports athlete, if their character levels are comparable.

Of course, the reason behind these design choices is clear: WoW is much more focused on the role-playing and social play aspects of gaming, rather than hyper competitive focus you would find in the typical shooter or RTS game.

Characters are meant to grow and become part of their community, and everyone is welcome to share in the fantasy, regardless of individual player skill. This, again, illustrates, that no particular aesthetic of the scale is inherently bad. It all depends on the design goals of the game, as well as the circumstances and the personal aesthetics of the individual player in question.

We look at the final aesthetic dyad, which focuses on the short and long term planning skills necessary to excel at the game…

One thought on “GAME AESTHETICS: PLAYER SKILL VS. MECHANICAL SKILL”