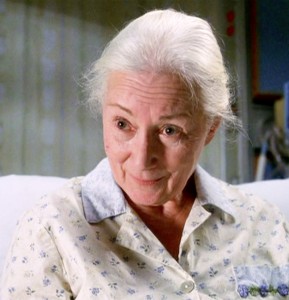 Since I started grad school and my list of capabilities have grown, that line from Spiderman becomes more and more of a truism every semester. I have lots of projects and a lot of ideas, but I do not have lots of time, mutant superspeed abilities or (despite my most fervent wishes) a TARDIS.

So, at this point, I would like to give a shout out to some of the folks without whom I’d be incapable of doing more than completing a single project every few years.or so:

My main man programmer. He’s bringing BoHM to life and helps me out when the strange, alien language of programming starts to drive me insane. Seriously, coding is some sort of Cthonic Sorcery-Science and only one as talented as Tim can truly understand it without their sanity becoming forfeit.

Not only is he doing something that I have very little skill in in, but he is doing it in a way that brings the images in my head to life like nobody else can. A giant amongst artists in my book, his unique take on game worlds, including his recent sketch for BoHM, has me excited for the work he’ll be producing for us in the future…

Dude. You literally rock! Ricky loves music and without him, there is no way I could put together a soundtrack for the game. I mean, I’m a passable sound designer, but my instrumental and arrangement skills are pretty minimal. Ricky is like Jeff, only acoustically instead of visually, realizing the sounds in my head with the barest of descriptions.

Kara did some of the initial visual design for BoHM, I based a lot of my iconography on some of her concept sketches, and it is her Metalhead and Titan shown in the video on the Kickstarter. She is one of the absolute nicest and most upbeat people I have ever met and a great friend who never fails to keep me from getting too serious about life. Seriously, she’s a wonder.

Mike is one of the best sound designers and voice-over artists I’ve ever worked with. You can hear his mellifluous tones on my radio play, The Improbable Adventures of Dylan Darby (he plays the title character). He also worked with me on adapting the Conan story The Phoenix on the Sword and, had we the time and resources, he would have been a brilliant Conan.

Michael once told me that I was the hardest working man he knew in the department, but Jim makes me look like a brain-dead slacker. Jim is not only motivated beyond what should be normal for mortal men, but he also boasts one of the widest and deepest knowledge bases I’ve ever seen on game production, 3D modelling, animation and a host of other skills. The man’s a friggin’ genius and without him, my Raaargh!!! project wouldn’t have gotten half as far as it did. Jim, YOU DA MAN!

Another Raaargh!!! team member the project could not do without, she has the greatest eye for visual design a speed at accurately producing environmental models with the right look and feel for a specific thematic design that staggers the mind. Like Kara, she relentlessly cheerful and as uplifting a person as anyone you could ever be around. She’s dedicated to her craft and her friends, which is pretty much the main thing I look for in a fellow artist.

This young man, another one of my Raaargh!!! team members, is one to watch out for. The Karkarias and Ftaghn models were ultimately his builds, and he is currently working on creating models for BoHM miniatures, should we reach that goal. He is quick and talented and his work on our monsters was fantastic.

Tom is my best and oldest friend in the world. My brutha from anutha mutha. He is also a spectacular writer and we have collaborated on a number of projects, including the Dylan Darby series. Almost everything I do I run past Tom for his opinion, and it is his knowledge of physics that I tapped to come up with the underlying structure of the BoHM universe so that it has a ring of verisimilitude (or as much verisimilitude as a game about rock & roll warrior wizards in the 31st century can have).

All of the folks above are or were so essential to completing some of my projects, that I owe them a debt of gratitude, especially as I am privileged to work with what have to be some of the best of the best in their fields. But even when it comes to the things I do myself, it is the instruction of the following professors over the last three years that has taken my basic skills and developed them into something more worthy of consumer attention as well as giving me even more fuel for my creative fire.

My sound mentor, whose ability with all things auditory I will never be able to scratch (due to my rather diversified skill set), but who has opened my mind up to new areas of sound design and ecological psychoacoustics that I would never have even considered without his patient instruction.

Tim has pretty much been my main game design professor for almost an entire year. He oversaw the development of For Glory! as an independent study project and is currently overseeing my thesis and another independent study in which I building a mobile app for hybridizing a very complex table-top game. The man loves games of all types and we are kindred spirits because of this. We actually spend as much time jawing on games  and game design for fun as we do for class. One of the best at UTD and I highly recommend him if you enter the ATEC program there.

‘Doc’ (as we call him) is, like Tim, a gamer at heart and loves everything to do with the entire gamut of games and game design. His class on trans-media development (which I took with Mike Andreen) was one of my favorite because you actually make stuff in it. He has also encouraged some of my more academic interests, which have always taken a backseat to my more design oriented focus, and that has helped shape many of my current designs a great deal. Plus he’s fun to play games with, a true geeks’ geek when it comes to popular culture, and very giving of his time.

And Most Important of All…

Angelo Lombardi, my business partner and gaming buddy for a great many years now. Without him, I would not have a business. Period. He is the firm rock on which the company stands and his business acumen allows me to get on with designing cool stuff for the lot of you without having to deal with a plethora of very uncreative things fighting for my limited attention. Plus, he designs a pretty mean set of game mechanics as well. Angelo is the greatness. Nuff said.

Without all of the above folks (and many more I’m probably forgetting), I would be incapable of realizing some of my more exciting projects. I am but one man, and in this day and age, it takes a village to make great entertainment. These folks are my village…