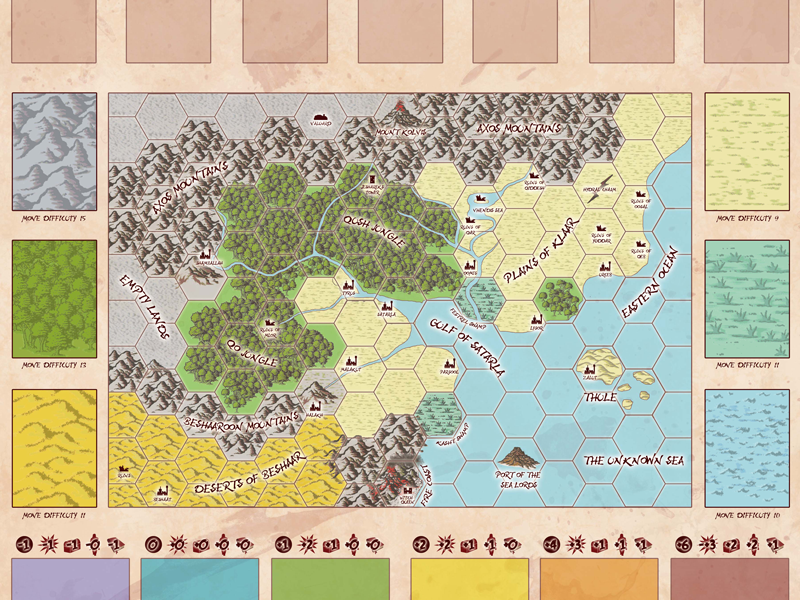 Currently, I’m putting the finishing touches on a Print & Play Demo version of For Glory!!! for free download. Within the PDF package, you’ll find a complete game, although it only contains a limited selection of cards and is missing many of the more advanced features of the full game. I’m in talks with Angus over at Chronicle City about producing the physical game and Jeff Laubenstein, who did some of the art for the BoHM Kickstarter, is also working on some pieces for For Glory!!! (and possibly Simon Washbourne’s Barbarians of Lemuria Mythic Edition) as well.

Currently, the For Glory!!! Kickstarter is scheduled to begin in November, but I plan to release the Demo Kit as soon as I complete it so folks can play around with it and generate some comments and buzz.

We have a few days left until the Kickstarter ends, and to help us in our final push, Jeff has been cool enough to provide us with one more extremely metal image: introducing the SPK-3L Spike! 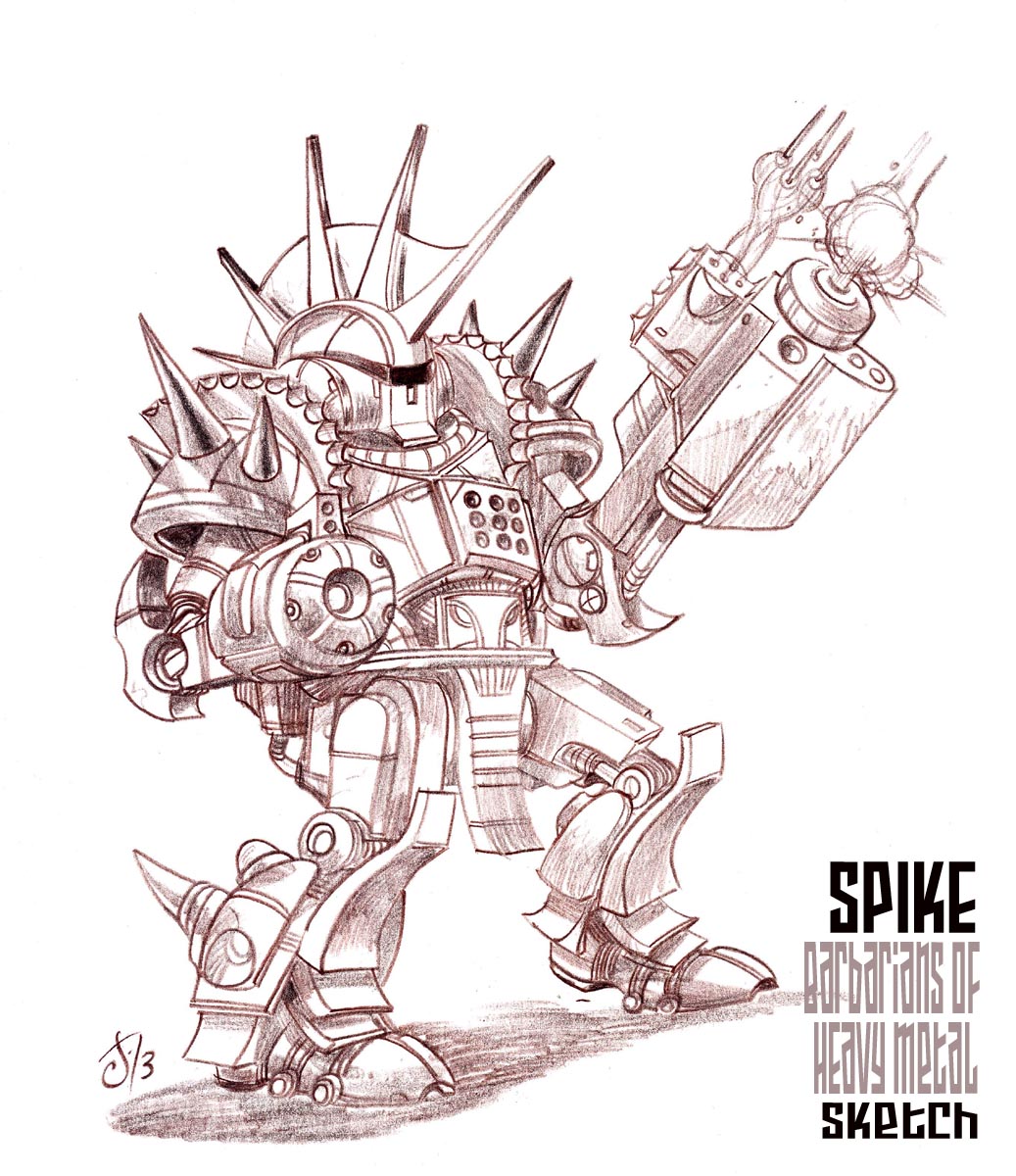 Over at the Kickstarter, I’ve added another couple of updates.

The first is simply a modification to the iMetal Stretch Goal so now we only need to exceed our goal by $1000 to open that one up. The second, posted today, includes new Reward Level Upgrades, a hardback version of the book and a Metal Master (our fancy term for GM) screen with an included 32 page adventure: War Pigs!

All of these were requested by backers, so if there is something you’d like to see us produce, let us know in the comments. You don’t ask, you don’t get!

Also, Jeff has provided us with some more WIP art! Let him know what you think! 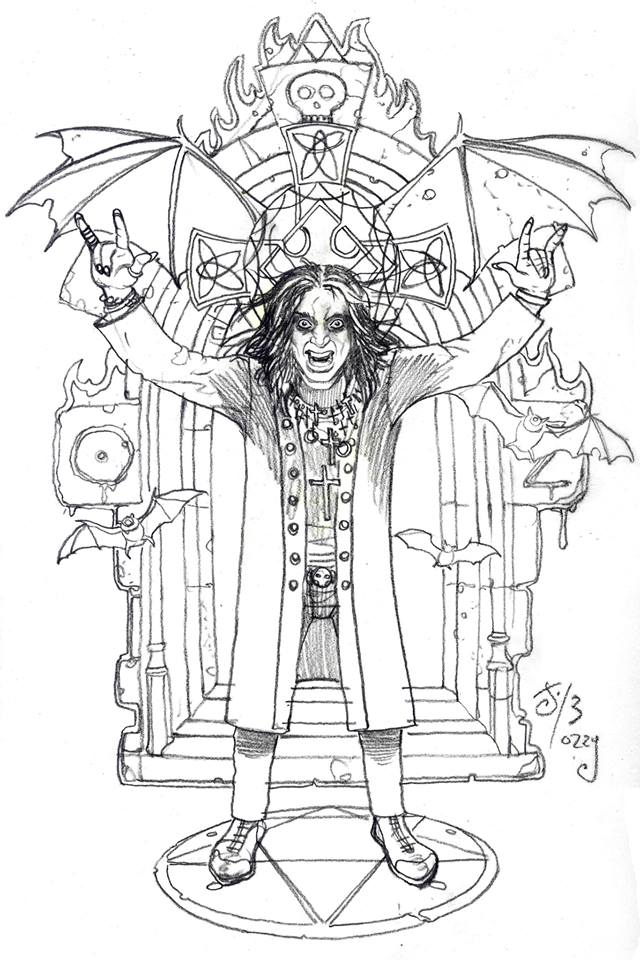 Behold the first pencil sketch from Jeff Laubenstein for Barbarians of Heavy Metal: the Patron Saint of Punk, The Rotten One (click for a larger image)… 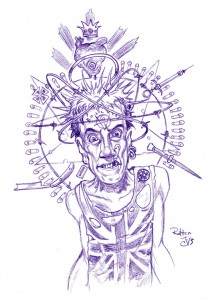 It’s a WIP, but you can already see why Jeff was the only artist who could truly realize the bizarre world of the 31st century.

The Kickstarter is almost 40% of the way there after a little over a week and still going strong. Whatever reason you have for not backing BoHM, never mind the bollocks and forget your holiday in the sun! Make a submission to our pretty (oh so pretty) product if you want to be anarchy! God Save the Queen!