I’ve been heavily at work on Quarterback Blitz and finishing the Demo Kit for For Glory!, so I’ve only had a few spare moments to work on the Void Hunters manuscript (or to update this blog). Those fleeting moments I have had to work on it (basically when I was too burned out to work on the other stuff), have seen the completion of the first draft of the 6 character classes.

The Synthetic was the hardest class to figure out. How does one go about making a class that is arguably ‘superior’ to the other classes while still making it playable (in the sense that everyone else is still having fun while you play it)? I think I came up with the right mix, making the Synthetic a kind of Soldier/Sci-Tech cross with a few unique abilities and strictures, kind of like the Elf in DCC.

Here is the current version of the class. A few of you may note that the REF, FOR saves are very high at first level, while WIL is non-existent, and none of them change as the character levels. This is intentional and reflects the static nature of the Synthetic’s artificial body. It does not grow in the normal sense, and is front loaded to be the best it can be at the beginning: very agile with a high situational awareness and a very tough body, but with no Will to speak of, due to its artificial nature.

Synthetics start with a single Tech base based upon the starting Occupation for which they were initially decanted. They are fast learners, however, and pick up one new Tech Base per level, unless they decide to take a Focus.

Instead of picking up a new Tech Base, a Synthetic may add a Focus in one particular use of an existing base. This works exactly the same way as it does for the Sci-Tech.

Synthetics have a Combat Die just as Soldiers do and it works in the exact same way.

Roll the Tech Die given for your level with every roll using their Tech Base (use a different colored die to differentiate it from the rest). Add the amount on the die to your roll. Tech Dice count as part of the roll for Criticals.

The Synthetic career may only be taken by a character who starts out as a Synthetic on the random occupation table.

A Synthetic is specially designed for the specific purpose, reflected in this Starting Occupation and this will give them bonuses to their Attribute rolls when the character is created. These modifiers may take the Synthetic above the human maximum of 18, but will never reduce an attribute below 1. 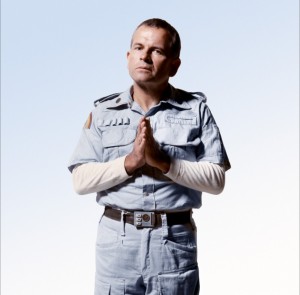 The Synthetic, although created in man’s image, is not truly human and does not feel or think as a human does. While it’s complex neural net places it as far above the common robot as man is above the apes, and it may seem to have a personality and emotions, it’s nature as an artificial life-form has a number of unique  ramifications for the character.

First of all, it derives no benefits or penalties from psychology of any sort. This means it doesn’t benefit from an Officer’s Lead from the Front or Confessor abilities but, equally, it does not suffer Fear or any other psychologically induced emotion.

Unfortunately, while external psychological pressures have no effect on the Synthetic mind, it can suffer logic errors when given conflicting orders (or when its Neural Inhibitor circuits are tampered with). If, for instance, a Commanding Officer tells it to do something that goes against its Prime Directives, the Synthetic may resolve the situation as it sees fit from a logical perspective, but internally, a form of computational schizophrenia may develop and this can lead to instabilities in the Synthetic’s neural net. This is the only way Synthetics can earn Psychosis and, when they do, they roll on their own specialized chart.

Finally, a Synthetic is totally immune to psionic powers which affect the mind. A Psion can never 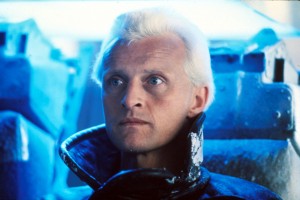 read a Synthetic’s mind, control it mentally or send it telepathic messages. Even though the synthetic brain is almost a prefect replica of a human brain, albeit one made of a pseudo-organic bio-plastic, there is something missing that separates the Synthetic from humanity on a mental level. This is why, when synthetics are being used as infiltrators or have gone rogue, Psions are the first line of defense.

Synthetic behavior is restricted by a set of bio-plastic gene-circuits, which they obey on an instinctual level. This is meant to reign them in and prevents them from using their superior abilities to dominate mankind.

The Voidmaster has the final say on what, exactly these Inhibitors inhibit based upon their campaign setting, but on a basic level, a Synthetic’s starting occupation will determine its Prime Directives. Most Synthetics, for instance, are prohibited from harming human beings, but Combat Synthetics will not have this restriction encoded into their Inhibitors for obvious reasons. On the other hand, the Combat Drone will typically have a very specific chain of command and code words to deactivate it should it go rogue. something that is considered unnecessary in other Synthetics. Basic Inhibitions common to all Synthetics include:

3. Protect Self (unless this conflicts with 2) 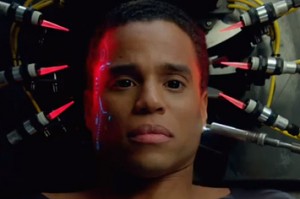 Another character with the Synthetic Tech Base may attempt to alter the Neural Inhibitors of a Synthetic, but this is a DC 27 task and failure gives the Synthetic D3 automatic psychosis. On a success, they may rewrite D6 Inhibitions.