This is the first part of what will be a number of articles on creating a character in Donjons & Dragoons. In this post, we’ll look at the physical and mental aspects of the character. 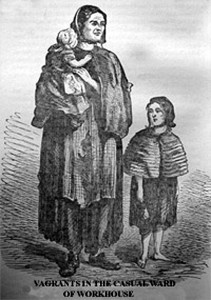 In real life, we do not get to choose the circumstances of our birth, only what we do when opportunity presents itself. And while being incredibly choosy about the how’s, where’s and why’s of our characters is pretty much the rule in these ‘enlightened’ times, it was much more of an exception to the rule in the early days of game design. Characters, in those days, rarely took more than a few scant minutes to whip up, as most of the design decisions were left to random chance.

This would make perfect sense to Maxwell Luther. For one thing, Georgian society was highly stratified, and one’s choices in life were largely determined by their birth. And even more importantly for a professor of literature, many literary protagonists are considered heroic precisely because they overcome low birth and personal flaws, and aspire towards greatness. As such, he would likely trust most of the character generation decisions to dice and reference tables in order to quickly create the widest variety of potential protagonists for his adventures.

Some decisions will be made by the player, but these will be largely narrative in nature, taking the raw mechanical information and using it to develop a fully fledged character. Other design decisions, like assigning them to a unit, will be made by the Judge, to better allow him to fit the character into his campaign. Both parties can, of course, agree to choose results that make sense for the stories they want to play or tell, but those sorts of options will be covered in the Captain & Campaigns booklet, and the roll of the dice will be considered the default method of character generation.

Character generation is a six step process, and today we will look at steps 1 and 2, which cover your physical, mental, spiritual and cultural makeup.

The characters physical, mental and ‘spiritual’ traits are the first order of business in character generation.

There are seven Attributes, each rated from 0 to 6, with 0 representing complete inability in that area, and 6 representing the peak of human ability. The Attributes are:

Thews: Physical strength and muscular endurance. I use ‘Thews’ instead of the more pedestrian ‘Strength’ because it has a more literary flair that I think would appeal to Luther. Many heroic protagonists from classical literature are often imbued with ‘mighty thews,’ so it has a nice ring to it.

Dexterity: Skill or adroitness in using the hands or body; agility.

Savvy: Intelligence. Not as a result of education (although that might enhance critical thinking skills to a degree), but natural cleverness, raw cunning and mental dexterity

Charisma: That certain special something, positive or negative, that gives an individual influence or authority over large numbers of people.

Mettle: This represents the character’s courage, spirit, mental toughness and discipline under pressure.

Luck: Napoleon is often quoted as saying something along the lines of “I would rather have lucky generals than smart ones,” and from a soldiers point of view, the great battles of history have been decided as much by luck as strategic genius (Wellington admitted as much after the battle of Waterloo). It is certainly true that literary heroes depend on the (strangely focused) attentions of Lady Luck to survive and prosper, as our characters will.

Attributes are generated, in order, by rolling 3D6 on the chart below:

As you can see, I’ve weighted the table towards 3, which is the heroic average, meant for characters, the protagonists of our game. A rating of 2 would be average for non-player characters. You’ll also notice the table only goes up to 5, not 6. This is because your birth may influence your attributes in either direction (as might your Trades).

The focus of Men & Muskets will be on creating character from the United Kingdom (Book 2: Captains & Campaigns will introduce rules for Spanish and Portuguese characters, and later supplements will cover the rest of the world). As such, characters may be of English, Welsh, Scottish or Irish descent. This is determined by the roll of a 3D6:

If the percentages seem odd to you, I assure you they’re fairly accurate based upon the population and army composition levels of the era. The Irish, for example, had a large presence within the ranks of the British army, and the Scottish regiments were often bolstered with non-Scots due to recruitment shortages from the comparatively tiny Scottish population. The Émigré category covers Hanoverian Germans, American Loyalists, and all of the other oddball national and cultural exiles that fill out the corners of the British army.

Some of the totals have been jiggered in one direction or the other for various reasons, both historical and practical. The Welsh, for example are over-represented, and the English slightly underrepresented due to the vagaries of the 3D6 probability curve, as well as the need to generate military and non-military characters based on general population, not just military population.

Each culture has it’s benefits and drawbacks, based more on literary tradition than actual, historical fact (an area I think Luther and the general wargaming community would have disagreed vociferously on), with the English treated as the ‘default race,’ i.e. ‘humans’ in OD&D, with no boons or flaws, mechanically speaking.

The specific ‘race’ rules are still a work in process and subject to change, as I’m torn between sticking with general modifiers (+1 Mettle, -1 Luck, etc.), coming up with unique rules exceptions (like the OD&D Dwarven abilities to detect sloping passages and fight giants with +1 to-hit and -1 AC) or some mix of the two. So more on those later.

Next up, we look at the social circumstances of one’s birth…