To take a break from designing mechanics, and flex my layout muscles a bit, I decided I’d try and put together something that might reflect the intended aesthetics of the project. So I did a little bit of research into the typefaces and layouts of OD&D’s Little Brown Books and wrote a foreword for the first volume ‘Men & Muskets.’ In doing so I named my theoretical author and came up with a background for him, as well as a voice.

My initial take on the eventual layout was to recreate the format of the LBB as closely as possible. But several things occurred to me as I was fiddling around with it:

1. I just can’t see a literature professor going with a sans-serif font like Futura. So I went with a Serif font instead. This isn’t totally out of line with the LBBs, by the way, as the supplements that followed also ditched the sans-serif. I also chose to go with more spacing between paragraphs. Much easier on the eyes, even if it fudges the page count a bit.

2. I’m going to use more classic paintings and woodcut illustration than original art (if I do any drawings at all). In 1973, the availability of cheap public domain art to use for a Georgian era wargame would stand in stark contrast to the limited range of good fantasy artwork available to Gary and company at the time.

3. When considering the limitations of the published materials, I also think that Luther, in his position of university professor, would have had access to greater resources than Gary would have, due to his more financially stable position and access to university resources and contacts, and he would have taken advantage of that. He might have even created it as a research project exploring methods of open-ended, interactive literature.

Keeping all that in mind, here is the foreword to Donjons & Dragoons…

NOTE: Just to be clear, for those who are just tuning in, this is a fictitious account of a history that might have been if someone other than Gary Gygax had been the father of RPGs. There is no actual Professor Luther, he never played with Dave Wesely or Dave Arneson, and the game itself is a modern creation, albeit, one that simulates the fashion and technology of the 70’s. In other words, It’s all Alt-History folks… 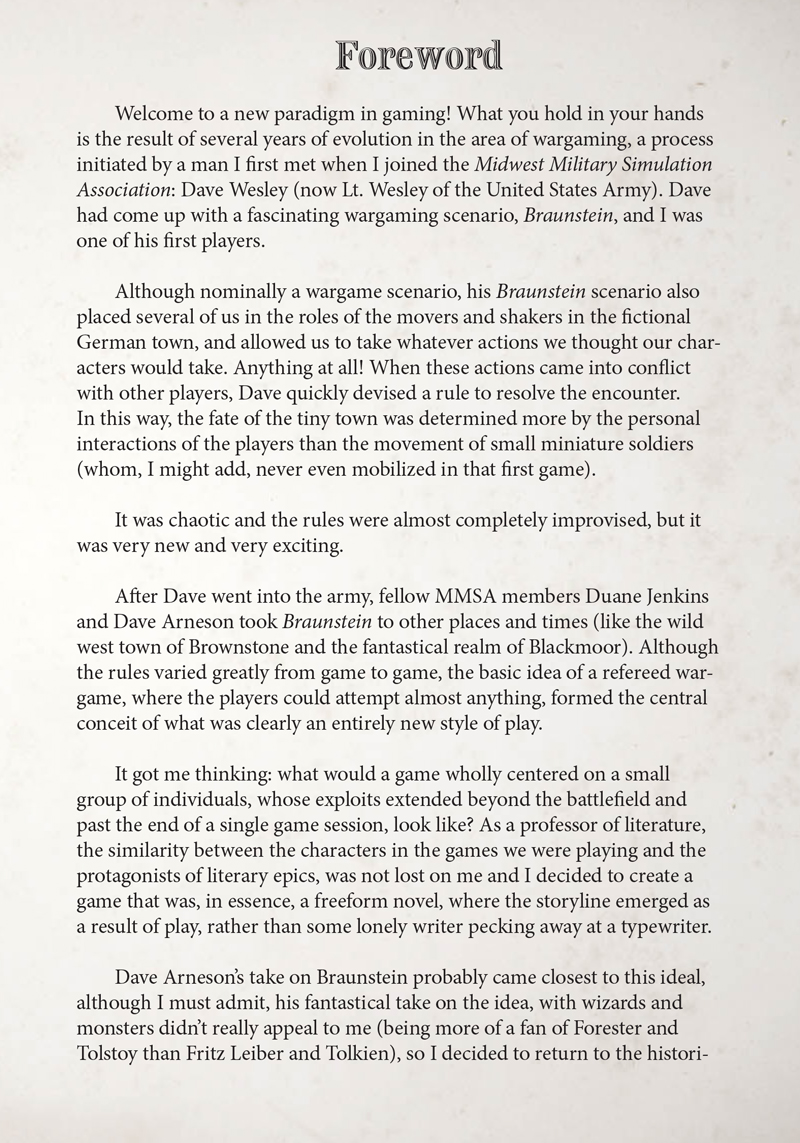 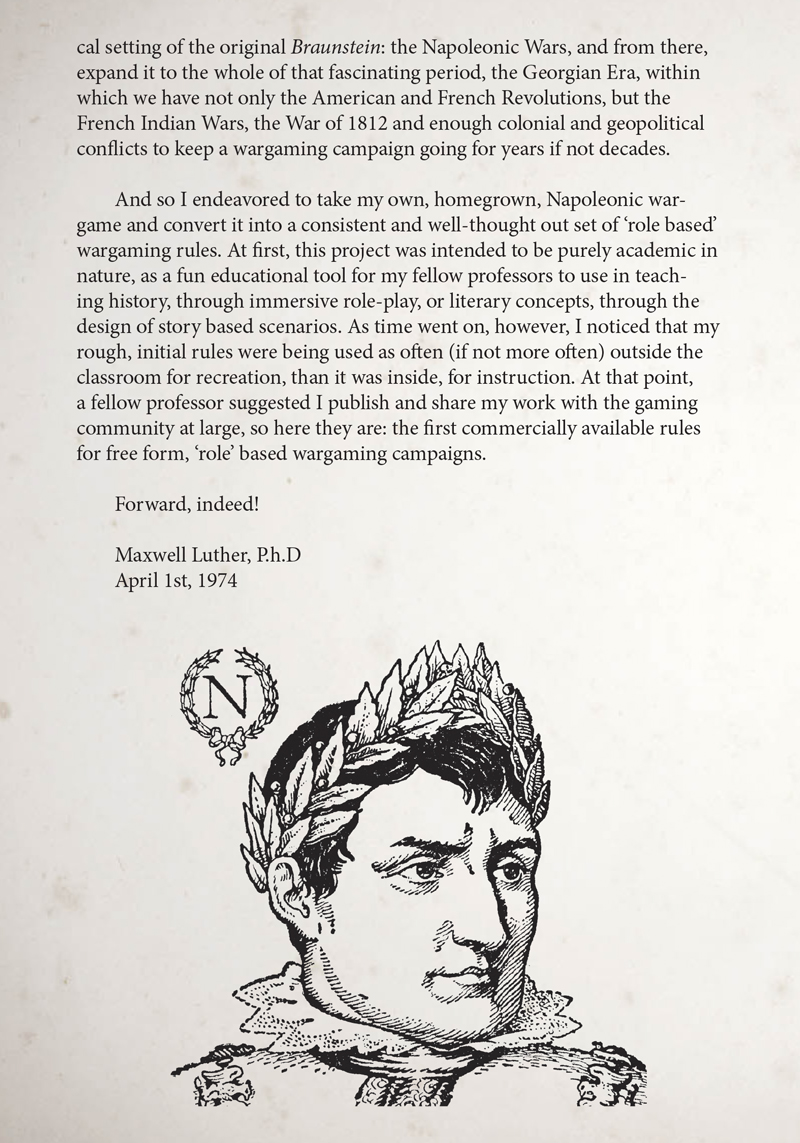